Test persons and references to Scrubbi’s products are listed below. The majority of these are Swedish references, despite the fact that we sell our products in over 10 countries in Europe. We will shortly supplement with references from other countries.

Blogger and sailor Niklas Krantz has tested the new Scrubbis system with Scrubbis PAINT and the Scraper Brush throughout the 2015 season. Niklas has video-documented his test and his experiences with the Scrubbis concept. Niklas has also competed in some sailing races and scrubbed clean with Scrubbis. In the various video sections, you see Niklas everything from when he applies the bottom paint to his hull to when he picks up the boat in the autumn and inspects the hull.

Former Minister of the Environment Lena Ek bought Scrubbis at the boat show in 2013 and expressed her support for environmentally friendly alternatives. She said the following when she saw the Scrubbis product;

“I know exactly what that product is about. I usually swim around my boat in the summers and dive under to scrub the hull clean with a root brush. It is very heavy and time consuming. I see that Scrubbis solves all that problem and remains environmentally friendly. ”

We are very happy that Lena is environmentally conscious and uses Scrubbis instead of toxic bottom paints on her boat. 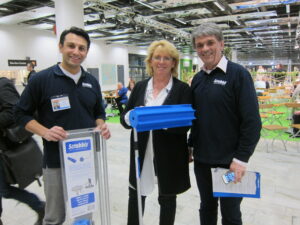 SSRS in Ekerö used Scrubbis to scrub the hull of its battleship90 once a month. Usually they have to lift the boat once a month and rinse it on a flush plate. This process is expensive and time consuming. If they use Scrubbis every two months, they halve the cost of cleaning the hull.

SSRS has about 190 boats along the Swedish coasts and in the great lakes. Since speed is crucial to saving lives, the life raft consists of boats that can go at high speed. This means that a clean hull with Scrubbis reduces friction and fuel consumption, which increases speed in an environmentally friendly way. 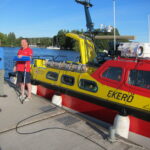 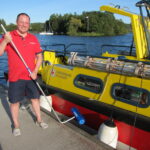 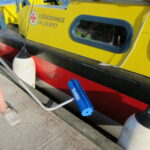 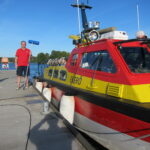 Scrubbis is used a lot in competitions to get a clean hull and a faster boat. Many racers use Scrubbis as a complement to their other preparatory actions.

The picture shows how Scrubbis was used extensively in the Sandhamnsragattan competition. 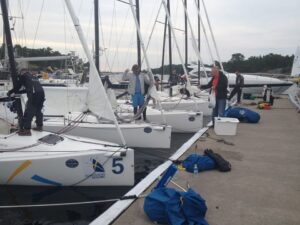 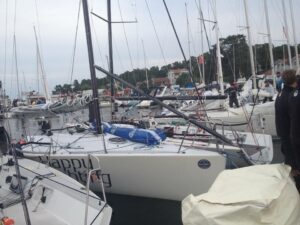 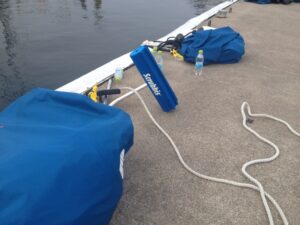 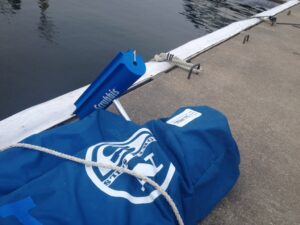